NEW DELHI: After the International Olympic Committee (IOC) wrote to all international federations about their ‘hold talks’ stand on India hosting international sports events, a cloud of uncertainty hangs over tournaments across sports, including the men’s FIH Series Finals that is scheduled for this June in Bhubaneswar. As of now, the world body of international hockey, the FIH, is “monitoring this issue.”

The IOC’s decision to suspend all talks with India, as far as hosting international tournaments is concerned, was taken after the Pakistan shooting team was denied Indian visas for the ISSF World Cup in Delhi last month. The IOC has sought a “written guarantee” from the Indian government on the participation of all players in future events.
The tension between India and Pakistan escalated following the Pulwama terror attack in February, possibly why the Pakistan team was not granted visas. A similar visa situation arose with Kosovo boxer Donjeta Sadiku, who was also recently denied entry into India for the World Championships. India does not recognise Kosovo as a nation.
HOWEVER, the ISSF World Cup went ahead but only after IOC revoked two Olympic quota places in the men’s 25m Rapid Fire Pistol, the event in which the two Pakistani shooters were scheduled to participate. 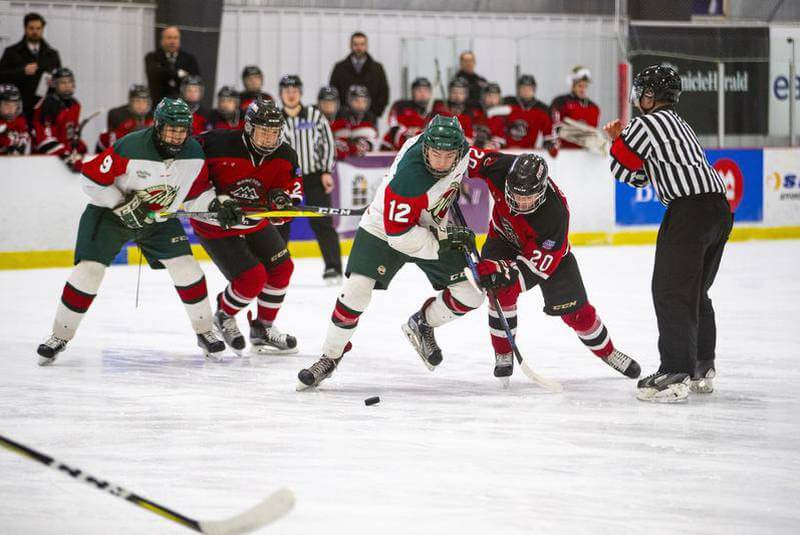 But just over a year before the 2020 Tokyo Olympics, the IOC diktat has cast a shadow on some of the major events India is scheduled to host, including the hockey tournament in Bhubaneswar, which is also a pre-Olympic qualifier.
Meanwhile, the United World Wrestling has stripped India of hosting rights for the Junior Asian Championship scheduled for this July. Media reports also suggest that the International Boxing Federation has dropped India as hosts of the 2020 Asia-Oceania Olympic qualifiers.
Could hockey be the next casualty? The Indian sports fraternity would hope not.
As of now, the FIH is keeping a close watch on things.
“We are monitoring this issue and are in touch with the IOC,” FIH CEO Thierry Weil said in e-mail communication with Timesofindia.com. “We will comment further on FIH events planned in India or for which India is bidding as soon as we can.”

In this context, FIH president Narinder Batra, who is also the Indian Olympic Association (IOA) president, is expected to play a critical role. Also, with Pakistan not scheduled to be a part of the tournament, a major stumbling block has already been avoided.
Apart from hosts India, Japan, Mexico, Poland, Russia, South Africa, the USA, and Uzbekistan, the other nations will participate in the eight-team FIH Series Finals in June.
There will be three FIH Series Finals in 2019, and the top two teams from all these will join the four top teams from the FIH Pro League (which India is not a part of), along with two teams ranked highest on FIH Rankings among those who haven’t qualified through their respective Continental Championship. These 12 teams will then play the 2020 Tokyo Olympics qualifiers.

Interestingly, India has also bid for the next men’s or women’s Hockey World Cup (for the 13-29 January 2023 window) that also comes under the scanner, as things stand, unless either the IOC or the Indian government soften its stand.
The good news is there are signs that the IOC is now looking to act on a “case-by-case” basis.
TimesofIndia.com wrote an e-mail to the IOC Press Office for more clarity on this.
In reply, the IOC stated, “Following the IOC Executive Board decision on 21 February, the IOC has written to all International Federations (IFs), and the situation is being examined accordingly by each IF so that appropriate action can be taken on a case-by-case basis, if and when necessary, such as the recent decision by UEFA to withdraw qualifying matches for the U-17 European Championships from Spain.
“In parallel, the IOC is in close contact with the Indian NOC to urge the Indian government to provide all the necessary written guarantees as required in the IOC EB decision.”

Providing a tournament-specific “written guarantee,” at least for the FIH Series Finals in June, shouldn’t technically be a problem since Pakistan, as mentioned, will not be participating in that event.
The IOC Executive Board is set to meet next in Lausanne from March 26 to 28.

Looking to fill inside the gaps: National hockey team heads to the Azlan Shah cup