Wearing throwback and vintage jersey is an exciting experience for players, as well as, fans. The historical color and emblem create ownership of the culture of the team. NFL teams are growing teams popular with the usage of throwback jerseys in recent seasons. It is a good way for the aging and new generation fans to honor previous achievements of former players in the game. 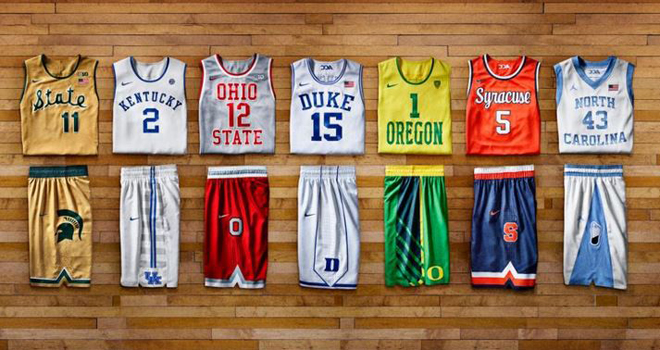 There is Pride in a Throwback jersey

Over the course of time, NFL teams do change their jerseys. The Green Bay packers throwback jersey is different from the regular jerseys in recent seasons. Other NFL teams have changed the overall outlook of their uniforms. Vintage jerseys carry the pride of historical success and heritage of American football teams. Teams can wear a version of jerseys worn more than half a decade ago. Fans will choose a favorite player in the past for a throwback jersey. This is a way of paying tribute to a player during previous successful eras in the team’s history. It is a way to remember the players, as well as, the time they graced the sports scene.

Uniform suppliers and companies tagging jerseys design ancient uniforms for clients who want them. NFL teams make use of these franchises as part of their strategy to keep in touch with the fans. The process ensures that fans get authentic American Football Jerseys.

Evolution of the National Football League

Collecting of NFL jerseys started in the 1990s when six companies got the license to produce the uniforms. The league allowed teams to wear a modern version of their old jerseys in games. In the week three games for the 1994 teams were to wear modern design throwback jerseys. It was in celebrating the 75th anniversary of the National Football League. Some of the league franchises wore the uniforms throughout the season. Others modified the designs and used them in subsequent seasons.

The fans liked the comeback of historical jerseys into the sporting scene. American football fans became popular with the modern version of the ancient kits. This necessitated the modification of rules and regulations regarding team uniforms. The changes allowed teams to adopt historical jerseys as their alternate kits for matches in the season. On special occasions, teams in the NFL wear their throwback jerseys to celebrate the event. College football teams are also embracing the throwback jersey idea. Most of the teams wear their historical uniforms as a way of honoring the past.

The Design of Ancient and Modern Jerseys

Modern helmets removed the striping and decal on them. The manufacturers do not use leather in making of the new version of player helmets. A merger between AFL and NFL changed the rules in the writing of player’s names on jerseys. Vintage jerseys would have the player’s name at the back. The teams need to adopt the closest font to the one used in the throwback jersey. Fans can wear the classic vintage jerseys in modern style and fashion.

Organize your baseball gear and enjoy the game

Hey People, This is Snyder who is gaming hunger boy and loves to play games all time online.If you have found any interesting game then let me give a chance to review it by my mail [email protected] .

Organize your baseball gear and enjoy the game