Good news: They already are. The rise of loot boxes (virtual goods that players buy without knowing what they’re getting), frequent updates, and — above all — free-to-play games have conditioned players and developers alike to expect video games to be treated as services. 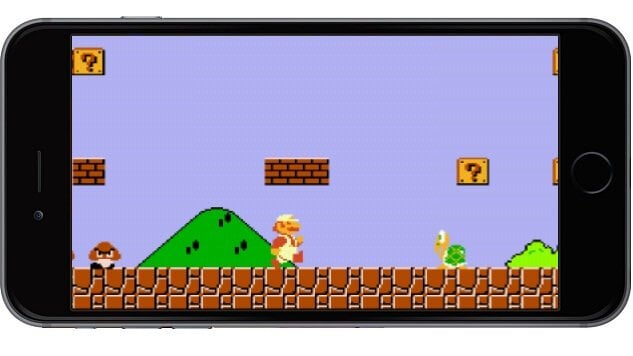 It wasn’t so long ago that virtually all video games made money through sales of the game itself. But sales of the game are far from the only way that modern video game developers and publishers monetize games. Microtransactions are an increasingly large part of the revenue. When gamers buy new outfits for their digital characters, new weapons, modern race cars, and more, video game companies profit. Especially popular these days are buyable loot boxes containing random items and add the thrill of gambling to the equation.

And then there are the subscriptions. In EA’s Q3 2019 earnings report, the company showed net bookings of $784 million for “live services” like microtransactions and subscriptions. That is much more than the $273 million of net bookings that came from full-game digital downloads or the $381 million in revenue from “packaged goods and other net revenue” reported in the same period. “Season pass” subscriptions for downloadable content are another way game companies make money, but fans get frustrated when they need to pay for extra things.

The new gameplay model encourages updates and new content — things that were unheard of in the old days of cartridges and no internet connections.

The video games as a service era have also seen a sharp increase in fan expectations. Online multiplayer games like Overwatch, developed by Activision Blizzard’s (NASDAQ: ATVI) Blizzard Entertainment, get new characters, new maps, and other types of significant new content alongside their loot-box-focused updates.

Developers are now expected to patch bugs and improve games; conversely, games are not likely to be as polished and complete upon release as was true in years past. Video games are treated less like purchases and more like services.

Microtransactions have proven extremely effective at creating profits. This is particularly true in mobile gaming, where simple (and cheap-to-make) games can be offered for free and reap big bucks from microtransactions. Mobile games have been doing this for ages, and it has been working: Way back in 2014, a report found that 79% of U.S. app store revenue came from microtransactions in free-to-play games.

Initially, PC and (particularly) console game developers and publishers seemed a lot less willing to adopt mobile gaming’s free-to-play strategy than they were to select its microtransactions model. But then came Fortnite, and everything changed.

Epic Games offered Fortnite, a multiplayer online shooter, for free in a bid to attract a fan base. The gambit worked, and Fortnite attracted more than 200 million players. Epic Games hasn’t shared revenue figures, but some experts estimate that Fortnite made $2.4 billion through the end of 2018. Its massive success has helped establish that the free-to-play, microtransaction-fueled model can work for “real” games on consoles and PCs as well as it does for lightweight mobile games.

That’s why it makes sense that Blizzard might switch Overwatch — a 3-year-old game that has always required players to purchase their own hard or digital copy — to a free-to-play model. EA’s latest hit, Apex Legends, is a free-to-play shooter on the Fortnite model.

It works for players, too. The frustration about loot boxes and microtransactions has long been rooted in the sense gamers have that they’re being nickel-and-dimed within a game they already paid for. Eliminating the up-front cost of games goes a long way toward helping studios avoid rough releases plagued by angry fans who paid $60 or more to preorder the game. When they’re free to play, even buggy releases can be less contentious.

Streaming and the future of video games

In some ways, the free-to-play revolution seems to illustrate that video game users are ready for subscription-based games. While games wouldn’t be entirely “free” to play, they’d be something akin to that — in the same way that a new Netflix original doesn’t feel like it costs anything in and of itself, games included in a significant subscription service feel less like individual expenses for end users.

In short, players have been conditioned to expect video games to resemble services and resent up-front costs. That’s the current state of the video game “social contract” between developers and fans. It’s perfect for free-to-play games, and it fits nicely with a potential subscription streaming future, too.

Demystifying the Most Common Myths About Sports-related Injuries